The university accused 17 students of cheating on remote exams, raising questions about data mining and sowing mistrust on campus.

HANOVER, N.H. — Sirey Zhang, a first-year student at Dartmouth’s Geisel School of Medicine, was on spring break in March when he received an email from administrators accusing him of cheating.

Dartmouth had reviewed Mr. Zhang’s online activity on Canvas, its learning management system, during three remote exams, the email said. The data indicated that he had looked up course material related to one question during each test, honor code violations that could lead to expulsion, the email said.

Mr. Zhang, 22, said he had not cheated. But when the school’s student affairs office suggested he would have a better outcome if he expressed remorse and pleaded guilty, he said he felt he had little choice but to agree. Now he faces suspension and a misconduct mark on his academic record that could derail his dream of becoming a pediatrician.

“What has happened to me in the last month, despite not cheating, has resulted in one of the most terrifying, isolating experiences of my life,” said Mr. Zhang, who has filed an appeal.

He is one of 17 medical students whom on remote tests while in-person exams were shut down because of the coronavirus. The allegations have prompted an on-campus protest, letters of concern to school administrators from more than two dozen faculty members and complaints of unfair treatment from the student government, turning the pastoral Ivy League campus into a national battleground over escalating school surveillance during the pandemic.

At the heart of the accusations is Dartmouth’s use of the Canvas system to retroactively track student activity during remote exams without their knowledge. In the process, the medical school may have overstepped by using certain online activity data to try to pinpoint cheating, leading to some erroneous accusations, according to independent technology experts, a review of the software code and school documents obtained by The New York Times.

Dartmouth’s drive to root out cheating provides a sobering case study of how the coronavirus has accelerated colleges’ reliance on technology, normalizing student tracking in ways that are likely to endure after the pandemic.

While universities have long used anti-plagiarism software and other anti-cheating apps, the pandemic has pushed hundreds of schools that switched to remote learning to embrace more invasive tools. Over the last year, many have required students to download software that can take over their computers during remote exams or use webcams to monitor their eye movements for possibly suspicious activity, even as technology experts have warned that such tools can be invasive, , and .

Some universities are now facing a backlash over the technology. A few, including the University of Illinois at Urbana-Champaign, recently said they would the exam-monitoring tools.

“These kinds of technical solutions to academic misconduct seem like a magic bullet,” said , a cybersecurity lecturer at the University of Melbourne who . But “universities which lack some of the structure or the expertise to understand these issues on a deeper level end up running into really significant trouble.”

At Dartmouth, the use of Canvas in the cheating investigation was unusual because the software was not designed as a forensic tool. Instead, professors post assignments on it and students submit their homework through it.

That has raised questions about Dartmouth’s methodology. While some students may have cheated, technology experts said, it would be difficult for a disciplinary committee to distinguish cheating from noncheating based on the data snapshots that Dartmouth provided to accused students. And in an analysis of the Canvas software code, The Times found instances in which the system automatically generated activity data even when no one was using a device.

“If other schools follow the precedent that Dartmouth is setting here, any student can be accused based on the flimsiest technical evidence,” said , senior staff technologist at the Electronic Frontier Foundation, a digital rights organization, who .

Seven of the 17 accused students have had their cases dismissed. In at least one of those cases, administrators said, “automated Canvas processes are likely to have created the data that was seen rather than deliberate activity by the user,” according to a school email that students

The 10 others have been expelled, suspended or received course failures and unprofessional-conduct marks on their records that could curtail their medical careers. Nine pleaded guilty, including Mr. Zhang, according to school documents; some have filed appeals.

Some accused students said Dartmouth had hamstrung their ability to defend themselves. They said they had less than 48 hours to respond to the charges, were not provided complete data logs for the exams, were advised to plead guilty though they denied cheating or were given just two minutes to make their case in online hearings, according to six of the students and a review of documents.

Five of the students declined to be named for fear of reprisals by Dartmouth.

Duane A. Compton, the dean of the Geisel School, said in an interview that its methods for identifying possible cheating cases were fair and valid. Administrators investigated carefully, he said, and provided accused students with all the data on which the cheating charges were based. He denied that the student affairs office had advised those who said they had not cheated to plead guilty.

acknowledged that the investigation had caused distress on campus. But he said Geisel, founded in 1797 and one of the nation’s oldest medical schools, was obligated to hold its students accountable.

“We take academic integrity very seriously,” he said. “We wouldn’t want people to be able to be eligible for a medical license without really having the appropriate training.”

Instructure, the company that owns Canvas, did not return requests for comment.

To hinder online cheating, Geisel requires students to turn on ExamSoft — a separate tool that prevents them from looking up study materials during tests — on the laptop or tablet on which they take exams. The school also requires students to keep a backup device nearby. The faculty member’s report made administrators concerned that some students may have used their backup device to look at course material on Canvas while taking tests on their primary device.

Geisel’s Committee on Student Performance and Conduct, a faculty group with student members that investigates academic integrity cases, then asked the school’s technology staff to audit Canvas activity during 18 remote exams that all first- and second-year students had taken during the academic year. The review looked at more than 3,000 exams since last fall.

The tech staff then developed a system to recognize online activity patterns that might signal cheating, said Sean McNamara, Dartmouth’s senior director of information security. The pattern typically showed activity on a Canvas course home page — on, say, neurology — during an exam followed by activity on a Canvas study page, like a practice quiz, related to the test question.

“You see that pattern of essentially a human reading the content and selecting where they’re going on the page,” Mr. McNamara said. “The data is very clear in describing that behavior.”

The audit identified 38 potential cheating cases. But the committee quickly eliminated some of those because one professor had directed students to use Canvas, Dr. Compton said.

In emails sent in mid-March, the committee told the 17 accused students that an analysis showed they had been active on relevant Canvas pages during one or more exams. The emails contained spreadsheets with the exam’s name, the test question number, time stamps and the names of Canvas pages that showed online activity.

Almost immediately, questions emerged over whether the committee had mistaken automated activity on Canvas for human activity, based on a limited subset of exam data.

Geisel students said they often had dozens of course pages open on Canvas, which they rarely logged out of. Those pages can automatically generate activity data even when no one is looking at them, according to The Times’s analysis and technology experts.

School officials said that their analysis, which they hired a legal consulting firm to validate, discounted automated activity and that accused students had been given all necessary data in their cases.

The latest on how the pandemic is reshaping education.

But at least two students told the committee in March that the audit had misinterpreted automated Canvas activity as human cheating. The committee dismissed the charges against them.

In another case, a professor notified the committee that the Canvas pages used as evidence contained no information related to the exam questions his student was accused of cheating on, according to an analysis submitted to the committee. The student has appealed.

The committee has also not provided students with the wording of the exam questions they were accused of cheating on, complete Canvas activity logs for the exams, the amount of time spent on each Canvas page and data on whether the system flagged their page activity as automated or user-initiated, according to documents.

Dartmouth declined to comment on the data issues, citing the appeals.

Mr. Quintin of the Electronic Frontier Foundation compared Dartmouth’s methods to accusing someone of stealing a piece of fruit in a grocery store by presenting a snapshot of that person touching an orange, but not releasing video footage showing whether the person later put back the orange, bought it or pocketed it without paying.

Dr. Compton said the committee’s dismissal of cases over time validated its methodology.

“The fact that we had a large number of students and we were very deliberate about eliminating a large, large fraction or majority of those students from consideration,” he said, “I think actually makes the case well for us trying to be really careful about this.”

Tensions flared in early April when an anonymous student account on Instagram posted about the cheating charges. Soon after, Dartmouth issued a social media policy warning that students’ anonymous posts “may still be traced back” to them.

Around the same time, Geisel and were barraged with questions about the investigation. The conduct review committee then issued decisions in 10 of the cases, telling several students that they would be expelled, suspending others and requiring some to retake courses or repeat a year of school .

Many on campus were outraged. On April 21, dozens of students in white lab coats gathered in the rain in front of Dr. Compton’s office to protest. Some held signs that said “BELIEVE YOUR STUDENTS” and “DUE PROCESS FOR ALL” in indigo letters, which dissolved in the rain into blue splotches.

Several students said they were now so afraid of being unfairly targeted in a data-mining dragnet that they had pushed the medical school to offer in-person exams with human proctors. Others said they had advised prospective medical students against coming to Dartmouth.

“Some students have built their whole lives around medical school and now they’re being thrown out like they’re worthless,” said Meredith Ryan, a fourth-year medical student not connected to the investigation.

That same day, more than two dozen members of Dartmouth’s faculty wrote a letter to Dr. Compton saying that the cheating inquiry had created “deep mistrust” on campus and that the school should “make amends with the students falsely accused.”

In an email to students and faculty a week later, Dr. Compton apologized that Geisel’s handling of the cases had “added to the already high levels of stress and alienation” of the pandemic and said the school was working to improve its procedures.

The medical school has already made one change that could reduce the risk of false cheating allegations. For remote exams, new guidelines said, students are now “expected to log out of Canvas on all devices prior to testing.”

Mr. Zhang, the first-year student, said the investigation had shaken his faith in an institution he loves. He had decided to become a doctor, he said, to address disparities in health care access after he won a fellowship as a Dartmouth undergraduate to study medicine in Tanzania.

“I’m terrified,” he said. “But if me speaking up means that there’s at least one student in the future who doesn’t have to feel the way that I did, then it’s all worthwhile.” 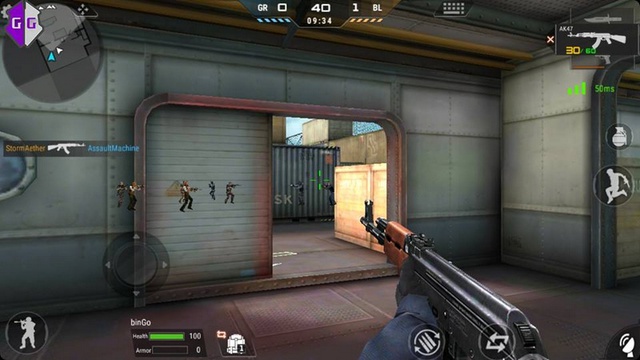